What am I getting at?

Thanks to this site I have developed a great sense of self and a much higher level of confidence (not perfect by any means, but a hell of a lot improved). I’ve committed myself for the last couple years to doing whatever it takes to get what I want (money, girls, power etc). All of a sudden this does not seem appealing to me. I feel willing to give up all the hard work to follow a completely different path. All of a sudden, the thought of screwing people over or “succeeding at all costs” makes me really uneasy.

Power games with girls/coworkers are something I used to be able to play very well, but now I want nothing to do with them.. I feel like everything I wanted in life is being turned on its head. Maybe I’m just ranting here, but the world has really been showing its dark side lately, and I just don’t want a part of all the bullshit. Is there anyone out there who honestly gives a fuck?

Where to go from here??? All the DJ techniques I’ve read over and over seem so insignificant. God, I had everything planned out, I feel like I’m back at square one and then some. I’ve got no idea what I want out of life again… anyone have any input? or have I gone completely wacko-jacko?

These are the times that try men’s souls. Our ancestors and forefathers always had clear and solid definitions of masculinity and manhood. While the definitions varied in detail, the context was the same. Today, there is no system, no genuine respect for manhood. If a woman committed suicide, it would be a ‘tragedy’. But if a young man commits suicide? Ho-hum, just another ‘statistic’.

You’re not crazy. You’ve grown up. Most people never do.

Children are remarkable selfish. This is fine, as they are children. Growth is seen as the child growing and expanding on his/her abilities or schoolwork.

However, around the age of sixteen (especially for girls), they become enchanted with a self-image for themselves. This self-image varies from individual to individual, but the results are the same: to create envy from others, excess pride, material goods, and sexual goods.

Nature, herself, has written a code onto our hearts and natures. We each have our talents and gifts. And who can decide what they dream?

This grand ‘self image’, in order to exist, must use techniques and people as fodder, as stepping stones to success. What is obscene is that the basis of fulfillment of this ‘self-image’ is the denial of the self.

Narcissism is the denial of the self. It is to reject the Gift of Life. A musician trying to play the role of the soldier (for women? for money?) would have his soul destroyed. Likewise, a soldier trying to play the role of musician (for women? for money?) also would find his soul destroyed. We have been taught, at the earliest ages of youth, that in order to ‘get things done’ and to ‘make people happy’, we must, on all levels, deny ourselves. In fact, I suspect that is why many men come to this forum in the first place. We have ‘denied’ ourselves women for so long but enough is enough!

What is a technique with woman but the fundamental denial of self? We are taught to act this way, do that, then this, and that over there, and perhaps we get the girl. But what was the cost? (There is ALWAYS a cost). By using some ‘techniques’ on the Internet, you never know if *you* can get women. Yes, techniques sell well because they are ‘painless’. If anyone tells you something in life will be painless, they are, somehow, a salesman. Nevertheless, techniques are not an addition to your character but often a denial of it. No, being a Nice Guy does mean crash and burn. Rather than facing up to the hard questions of life and our own masculinity, it is much simpler and easier to adopt a series of techniques.

Narcissism’s denial of the self permeates through today’s society, as you have noticed. How often have you gone on a date with a woman and had her say everything you *think* she wants you to hear? Or how often do you find guys that act the way they think the ‘women’ want to hear? The technique wielding seducer and Nice Guy differ on how they act, but the context of their actions are entirely narcissistic. Even the ‘good girls’ and ‘bad girls’ suffer from this extreme self image. Reality to them is unseen. This is why they never seem to ‘change’ once their bodies reach that of an adult. Many people remain narcissistic for their entire lives.

I say: go do what you want! Go follow your dreams! Go embrace your passions! Go for the girl you think is ‘out of your league’ and super hot. Go for the fruits of life! Do NOT deprive yourself. When you do so, you slowly become embittered and turn that embitterness into a virtue. “Look how NICE I am to women.” “Look how I sacrifice for my education/job/family/etc.” The list goes on and on.

Our age today is mercenary labor and mercantile women. Everyone wants to leverage you for their own ends. But only you know what your dreams and passions are. Your dreams are now ripe for enjoyment. If you wait too long to enjoy it, it will be as bitter to the taste as defeat. Too many people deny themselves for ‘tomorrow’, always ‘tomorrow’. We say, “Look at that dream up there! One day, it will come down.” Rather, we ought to say, “Our hour has struck!”

Francisco mentioned “Atlas Shrugged”. I would say “Fountainhead” is the superior book. For those who still think narcissism is about being ‘selfish’, just look at the character of Keating. Keating and Roark play opposite roles. Keating does whatever to please others. He even denies his heart to marry a ‘beautiful woman’. Roark does only what pleases himself and pursues his own passions. In the end, Keating becomes broken while Roark wins the world. The point is that both characters face severe pain (for pain will occur to you in life. If anyone tells you differently, they are a salesman). Roark, taking the mindset of freedom, dealt with the pain at front. Keating, adopting the mindset of security, avoids pain at every turn and it ends up consuming him.

We can either avoid the pain and “shocks that flesh is heir to”, or we can tackle it head on and be man not for women, not for society, not for your parents, not for your church, but for ourselves, as being a man is the closest males can get to heaven on Earth.

Update for audiobook fans: You can now listen to each article using the player at the top of each post.

Fix Your Lifestyle in 90 Days! 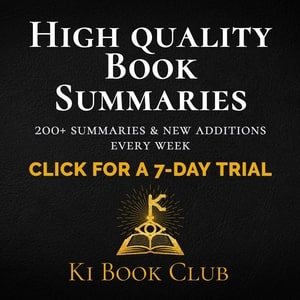 New summary each week at $6/month

The Book of Pook PDF (free)

The Book of Pook and The Mill (Book 2)

Book of Zed: The Zen Priest